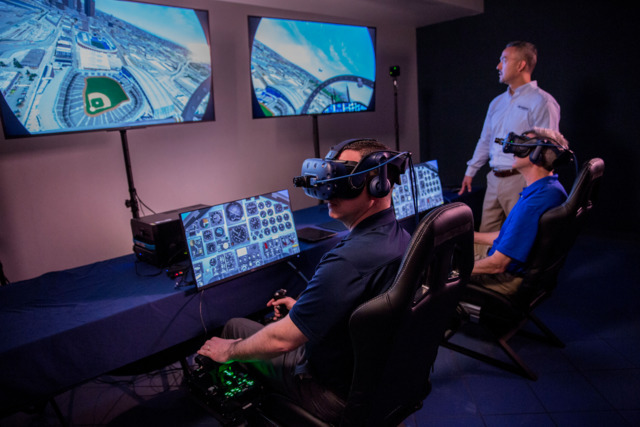 The mixed reality experience is delivered through a headset that is integrated with FlightSafety’s VITAL 1100 Visual System, offering the same high fidelity virtual environment utilized in the Air Force’s existing T-38C Talon and T-6 Texan II as well as numerous other United States Air Force flight training devices. This new advanced technology system enables the user to see and interact with a virtual cockpit, checklists, and notes within a specific flight environment. It offers customized flight controls for fixed-wing aircraft as well as rotary wing aircraft.

The system is comprised of Commercial-off-the-shelf components and utilizes the latest advances in technology. It includes a high resolution pass-thru camera that enables pilots to interact with a real world environment. The FlightSafety VITAL 1100 image generator can present an extensive variety of existing visual databases or those provided by the operator. The system is easily transportable and can be operated without an internet connection.